When were office cubicles invented and why were they invented?

When were office cubicles invented and why were they invented?

The history of office cubicles goes up to the 1950s when a German design group called Quickborner had an idea for office partition and the specific arrangement to the grouping of desks for privacy purposes. After this, the American furniture company known as Herman Miller took things further and launched The Action Office in 1964. The Action Office was designed by Robert Propst who was under the supervision of George Nelson at Herman Miller. 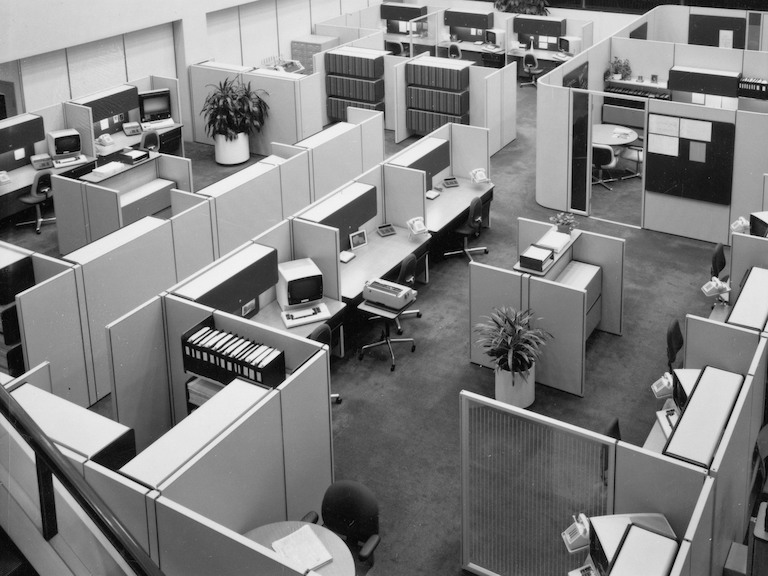 The reason why cubicles were invented

The main objective behind the office cubicle invention was more productivity and efficiency for the workers by giving them more privacy than before. It was also designed so that it could provide less distraction and noise from the other staff members.

There are many advantages of office cubicles such as the employee have a sense of ownership to that space as they can put their files, equipment, and other accessories in that area. Before cubicles, the office mainly consists of desks set up in a row type arrangement in a wide room of the office. Because of the cubicles, the huge office area that was required before them was now reduced, and the people in that area were also increased significantly.

After the first design from Herman Miller second design known as The Action Office 2 was introduced in 1967 and it gained more popularity and public acclaim than its predecessor.

Due to the poor sales of its predecessor, the two designers at Herman Miller had a disagreement over it and it led to Nelson’s departure from the project leaving Robert Propst free to work on his design.

Propst understood that people are more productive and efficient when they have an area which is for them only where they can utilize the space according to their needs.

A huge success in the cubicles industry

This design was such a huge success that the competitors started to copy it and by the year 2005, it had gained sales up to $5 billion. First of the office to acquire it was the Federal Reserve Bank of New York in 1963. They wanted a design so that a small area could be utilized more efficiently. Seeing that design, it is not much different from the cubicles today.

There were other designs throughout history, one of them being Clipper. It was designed in 2000 by the furniture company Steelcase with the partnership of IBM. It was designed to be a computer workstation and was known as the multi screened workspace. It had different types of ventilation systems and a projection system.

Now cubicles are a commonplace item

Nowadays, office cubicles are found in nearly every industry such as IT departments, repairing stations, call center and almost all other offices which include desk work. They are widely famous because they require less space to accommodate more employees and keep them away from the distraction that is normally faced when working in an open space environment. Aside from the critics, office cubicles offer many advantages and are now an essential part of every office. New designs will be made as time passes and it will expand even furthermore.